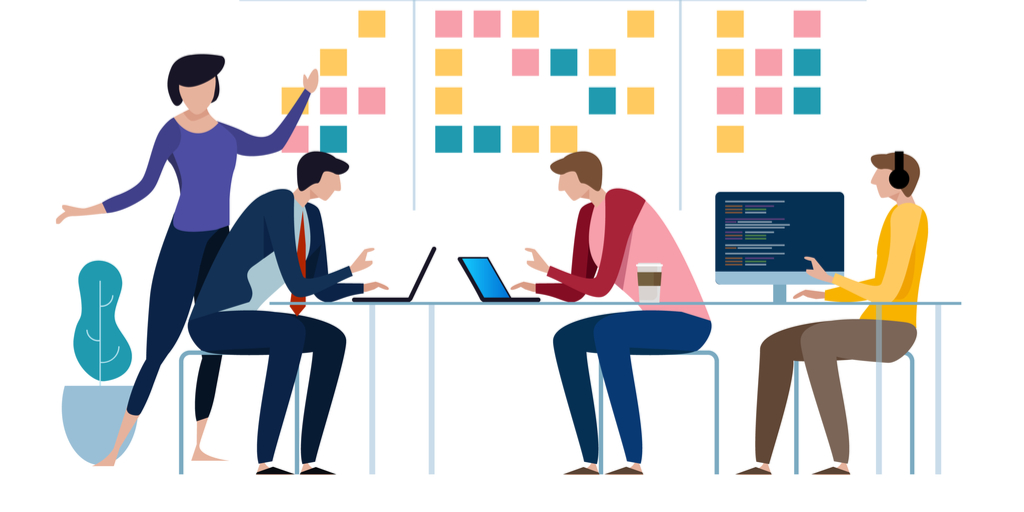 Why Becoming Agile Requires Clear Direction From The Top

The pandemic has shown how even the largest organizations can change quickly if they have to. Just a glance back at the events of March 2020 tells some amazing stories — such as how an investment bank switched its traders from its floor to working from home in a week, a process that in normal times would have taken three years, or how a food retailer went from a standing start to a million home deliveries in just three weeks. But creating long-lasting change in organisations without such a threat is, according to a new report, “incredibly hard.”

This is because, says PA Consulting’s second report on the evolution of the agile organisation, “Agility confronts teams and leaders with totally new ways of working. It demands the ripping up of much of what is taken for granted today. It entails the merging of functions, teams or areas, the creation of new departments and redesigned processes — whether it’s managing performance and suppliers or drawing up budgets.” Sam Bunting, PA’s global head of agile consulting and one of the authors of the report, said one of the key problems was talking to heads of functions and essentially telling them that their departments would have to be dismantled and their people dispersed. “That doesn’t go well. It threatens people’s jobs and empires,” he explained. He added that a different style of leadership was often needed. Existing heads of department, who might have been good at command and control, might not succeed at this. The report points out that a key factor in deciding which of the current leaders should stay is how much they resist change to their sphere of influence. “Typically, this resistance is most likely from leaders who exhibit the ‘leader as conductor’ style, which calls for control or getting over-involved in detail,” it says. “Instead, look for those who have a strong commitment to what the organization is trying to achieve. Look for those who really challenge what needs to be done to achieve tangible improvements. Agile leaders are less about gold-plated finalities and more about continuous exploration.”

Becoming agile was a bit like being in a crisis, said Bunting. Citing the example of the near disaster of Apollo 13, the 1970 U.S. space mission that had to abort a lunar landing because of problems with an oxygen tank, he said it required getting the right experts in the room, a light governance touch and leaders creating the right environment rather than directing. But because it was impossible to work in crisis mode all the time, organizations had to learn to combine “the best bits of a plan and urgency. You have to have a North Star so you know how things fit the game plan. You need to prioritise and focus.”

Unlike with other change programs, becoming agile requires sponsorship from the top of the organization. This is because it is systemic and requires that there be no compromises. In return, those driving the program need to give leaders a clear idea of what success will look alike. This, added Bunting, goes against classic agile thinking, which tends to be libertarian and to take the view that people should just get on with it. “This sounds good, but doesn’t produce results,” he said. “If you’re telling leaders they are really going to change you’ve got to give them some idea of what it means.”

The report adds that organizational agility can bring many benefits, including improving quality and customer satisfaction as well as reducing the time between the presentation of an idea to a product being sold, raising morale and enhancing organisational flexibility. All will ultimately lead to better financial performance and return on investment. But it helps to have a view of the specific objectives desired so that finite resources can be properly allocated. The problem is that measurement is not as straightforward as it might appear, and this leads back to the need for careful planning at the outset. Leaders need to invest upfront in “creating a framework with a clear idea of what credible measures look like. At the same time, though, leaders need to commit to adjust and reprioritise based on the data that emerges through fast feedback loops.